Is Strong The New Pretty? 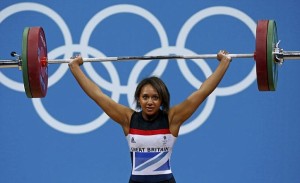 Zoe Smith.  If you have never heard her name before, be warned.  She will be famous.  Well, she is already famous… in Britain.  At the age of 19, Zoe Smith broke the British Women’s sub -58 kg record for the clean and jerk at the 2012 Summer Olympics.  To do this, she lifted twice her body weight over her head.  Zoe Smith is the showing the world that strong is the new pretty and doing it with class.

Entering a ‘men’s sport’ wasn’t easy for Smith.  As a woman power-lifter, she faced a lot of criticism and foolish comments on social media but they failed to distract her.  She addressed some of her detractors in a recent CNN interview:

“I suppose there is the stereotype that women who lift weights are butch,” she told CNN’s Human to Hero series about the online attacks she has faced.  “Or my favorite one is lesbians, which is a ridiculous kind of thing to say because I don’t understand how lifting weights could make you a lesbian. But anyway, it’s not me who thinks these things.”

Here is Smith in her CNN Human to Hero video feature:

Zoe is only getting started.  She will likely compete in the 2016 Olympics but apparently not without some competition.  After training for only 3 weeks, Zoe’s sister, Yana Smith (16) had her competitive weightlifting debut at the London Youth Games during the weekend of July 2, 2013.

“I was a bit nervous but it was actually really fun,” said [Yana] Smith. ”My sister is a big inspiration to me so that’s a big encouragement to carry on, try weightlifting, see how well I can do and perhaps give her a bit of competition.” – Interview with Nick Hope, BBC Sport, July 9, 2013 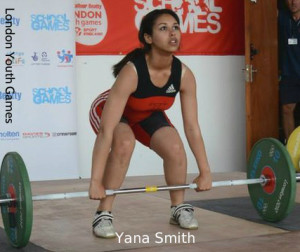 Apparently, strength, determination, and class run in the family.  These winning sisters have a promising future, disrupting stereotypes and ‘raising the bar’ in women’s power-lifting for years to come.  Zoe will be competing at the British Championship on July 13 and we wish her well.  We should all be looking forward to the 2016 Summer Olympics.  I think their parents are glad they didn’t say lifting is just for boys. Who do you think will move first, Nike or Reebok?