Posted by: Off The Grid Health | on February 20

In my workshops, I am becoming more comfortable with sharing the events that have brought me to this point in my life.  It is sometimes difficult to share these things because they are personal. However, I have learned that others have found my experiences encouraging to them.  So here is another part of my story that I hope will be ‘the last straw’ for someone. 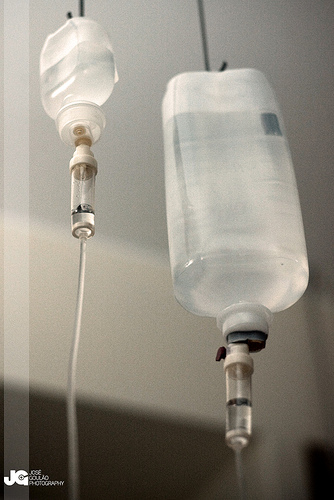 About a year and a half ago, I was rushed to the hospital for sharp chest pain.  While waiting for the doctor to return, I promised God all kinds of things to get out of this one.  A couple of hours after being admitted to the ER, the doctor entered my room with the results of the chest x-ray and blood tests.  He asked me how I got the chest pain.  I explained that my chest would hurt when I moved my arm across my chest.  The doctor then stated, “Sir, you cannot have a heart attack by moving your arm.  All of your blood tests were normal and your chest x-rays were clear.  According to what we see, you have a strained pectoral muscle.  You can go home shortly.”  Whew! I thought I was sick!  I thought I had heart disease!  I was morbidly obese and had a BMI of more than 47 but the doctor said my blood test and x-ray was normal!  Hallelujah!

Fast forward 12 months.  The promises I made to God that day in the ER are now a distant memory.  I was heavier than ever, stressed, and back to my old ways of doing things.  Then one day, I got a text message from my wife letting me know that a mutual friend, Lamont Toliver, had just died of a heart attack on his way to a meeting at work.

My friend was among the 25% of people with heart disease
whose first symptom of heart disease is a fatal heart attack.

His death was devastating to his wife, sons, and to the thousands of people who he had influenced in his career.  I miss him a lot.  His passing both saddened and scared me.  Why?  We were of a very similar build, age, and temperament, heck we were probably from the same tribe.  We both did these things for others, enjoyed eating, and pursued goals while putting our health last.

In the context of other pressures in my life at that time, I realized that I was at a crossroads.  One day while pondering the situation, I heard the following statement in my mind, so clear, as if it came from someone sitting next to me…

“Eternity is too long and life too short to do nothing
about your health, especially when you know better.”

I remembered when my mother died of cancer when I was a teenager.  My brother, father and many others were all crushed by her death.  A month later, I was still setting a place at the dinner table for Mom.  One day my Dad came into the room and sat down with my brother and I.  He said, “I made some promises to your mother.  One of them is that you will both have the opportunity to attend college.  I want to let you know that I am going to be there for you and I am going to take care of myself…”  My Dad kept that promise — big time.

I didn’t attend Lamont’s funeral because my wife was bed-ridden, recovering from her own health crisis.  But on the day of his funeral, I remembered what my Dad said to me when my mother died.  I said the same thing to myself, for my wife.  I stood at the bedroom doorway and looked in on her while she was resting that day and I said to myself, “I want to be here for her!”  Then ‘the light’ went on.

I never had a myocardial infarction but this was my first ‘heart attack.’  I had a form of ‘heart disease’ that made it possible for me to neglect my health and to eat myself into a possible early grave.

Fortunately, I received a change of heart from an
example set decades ago by my Dad.

I hope this post is the only form of ‘heart attack’ you will ever experience.  Please share this article with someone you care for and is struggling with their health.  It might be time for them to do like my Dad and make a promise to be there for your loved ones and take on life, head on.

While writing this article, I realized that a week from today will be a year since Lamont left us.  It was difficult to for me find the good in a sad situation, but I believe it is what we need to do in this life.  Since his passing, my health and the health of numerous others have been transformed.  This post is written in memory of Lamont and to let his family know that his life continues to make a positive impact on others.  It was a blessing to know him.

My First Heart Attack by Off The Grid Health is licensed under a Creative Commons Attribution-NonCommercial-NoDerivs 3.0 Unported License.

3 Comments to My First Heart Attack